In 2018, Monica will co-author a new middle grade series with Sarai Gonzalez, the 12-year-old star of the music video “Soy Yo” by Bomba Estereo, who became a viral star and the face behind #SoyYo, the movement celebrating independent girls around the world. Sarai and the Meaning of Awesome, the first book in the fictional series based on Sarai’s life, will be published by Scholastic in September 2018.

Monica’s books are inspired by her Peruvian and Jewish heritage and desire to bring diverse stories to children. She is a professor of English at Northern Arizona University. Monica lives with her family in Arizona. 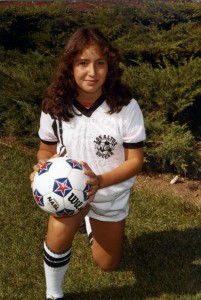 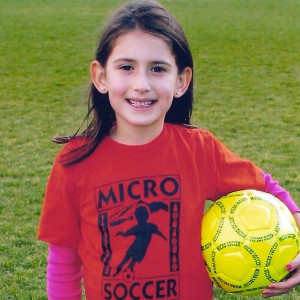 The author as a young soccer player; and, the “original” Lola, my daughter JuJu.